The present generation lives much more comfortably than their ancestors. Each passing day brings in further luxury to our lives. Our immediate ancestors led a much more challenging life in their earlier periods. The complexity of life increases as we travel back in time. The ancient people led a life, that’s quite unthinkable now.

As the hardships in leading a life decreased, the complexity of human relationships and behavior increased. As the physical hardships subsided, the psychological or mental hardships became more prominent. Human behavior took a detour from its intended, social path. Love and forgiveness took a back seat when aggressiveness infiltrated into the sanctum of human mind. Hatred among men lead to bloodshed. Now, weapons are an integral part of human life, to defend, and to attack. 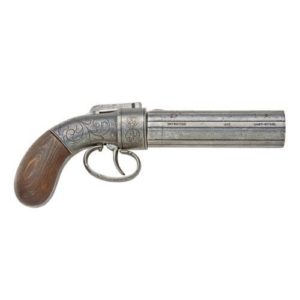 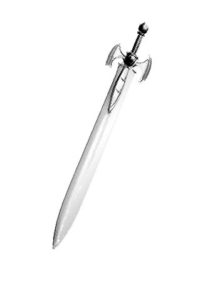 The origin of weapons can be traced back to the pre historic times when man was a nomad. There are archaeological evidences of weapons, dating to about 100,000 years old. In the race for survival, human beings used unshaped stones and wooden clubs to defend themselves from predators, and to prey on weaker animals. It is my belief that clubs were used for defense and spears, with sharp edges were used for attack. I came to this belief from the fact that predators will always come to you in near range (because they think that they have an advantage over the prey), while one has to wait patiently for a prey and attack from a distance. But, it’s also reasonable to think that one can use a spear to knock off a predator from a distance.

That was the Neolithic age, or the later part of Stone age, around 10,000 BC. By around 3,000 BC, people began to use metals in their weapons. By this time, man came out of the ‘nomadic hunter’ label to the ‘civilized being’. Agriculture became the prominent occupation, as it provided enough food at all seasons for the growing population. Thus, civilization was born. People lived in groups, separated as families, but united as a whole. Thus the complexities of social life came into existence. A social structure was thus established. A village consisting of farmers, blacksmiths, milkmen, potters etc was beginning to form.

For the smooth functioning of a society, a set of laws were formulated. But, the greed of some people led to stealing of animals, (usually herds of cows) and other disputes. The victims of such atrocities usually responded in violent ways leading to death of men at the behest of other men.

These led to the formation of military troops for defense and for attack.

As soon as a complex social structure was established, the complexity in human relationships too increased. They formed certain bonds like families. The classification of people on the basis of material assets and jobs added further complexity. The greed for assets and jealousy among people led to crimes. The desire of certain individuals to eliminate some others gave their everyday tools a new name – lethal weapons. Thus weapons became tools for causing injury or harm to fellow beings, in addition to their intended use.

The formation of military troops led to increase in weapon production and ultimately to weapon design and creation of newer weapons. Iron age was a promising period to weapon developers. The abundance of iron ore, and easy workability led to the production of more lethal weapons. So, in addition to the improvements made to earlier weapons, men started creating weapons exclusively for killing one another. Along with weapons, shields and other devices to save one from enemy weapons too were developed.

As time progressed, excessive research on weapons were carried out , in the pretext of defending one’s homeland. This is necessary, but lead to certain unfortunate consequences. A landmark in the history of weapons is the introduction of guns. At first, gun proved to be a good hunting weapon, with its long range and power. But, soon it became the universal weapon for military applications and other uses. The ease with which a person could acquire a gun led to many crimes. This made it more lethal than earlier weapons. Guns provided protection to outlaws and the possession of one became the license to do crimes. Later research led to the development of automatic guns that can fire several rounds continuously. They were used mainly for military purposes. 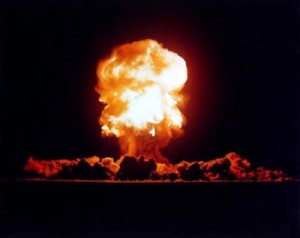 Bombs and missiles proved to be more lethal than their colleagues. They just don’t kill people, they do much worse. It’s no secret that nations all around the world are spending more money on weapon development than infrastructure development. Intelligent men are employed to design newer weapons that can kill more effectively.

Weapons have become a tool for killing each other. Some do it for personal gains, while some others do it for a living. The blood thirsty authorities with their crooked policies, for personal benefits, are making this world, a living hell. Many generations have suffered the ill effects of weapons. We must refrain from this arms race to restore the long lost peace and sense of security.