The face of the Earth has undergone very remarkable changes in the past half-century. It has changed almost beyond recognition. Rewind time to the 1950s. No mobile phones, no internet, no personal computers. All those things that are essential, or vital for our today’s daily life are missing. The world was devoid of all that we consider essential, and yet, people could live happily back then. Rewind to a millennium back. You will find even more necessary items missing. The most important is electricity. In those days, monarchy prevailed, not democracy. Yet people lived in towns and cities, cultivated food, and lived happily. A few more millennia back, you won’t find that too. Just some small groups of people living near their farms, which are usually located near rivers. (There was no Farmville back then!) No kings or countries, and of course, no wars.

If we could move a little more backwards in the past, we will meet the wanderers. They had no home, no farms, no countries, no kings. They ate what they found on the nature. We can start from there.

Those early human beings lived a life that’s much much simpler than ours. They relied on the nature for all their needs. They didn’t modify the nature to satisfy their need. It was possible because they were limited in number. But as the population started to rise, so did the needs of man. They were not satisfied with the limited food available naturally. So, they began to grow the plants that provided them food, artificially. Thus started cultivation. Almost at the same time, man reared animals, for providing them food, or as pets. They settled in the fertile lands near river, and formed small civilizations. 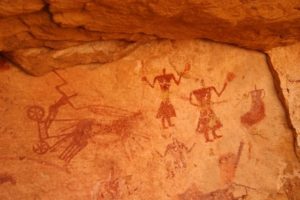 The human population stared to increase almost exponentially. The demand for food, and basic necessities increased. So, bigger houses were built. As the people increased in number, there arose the need to control their behavior to make social life in big groups possible. Thus, a social setup, complete with law & order system was made. There arose the need for a superior man to control others. Thus, the position of king was created.

From then on, the history was really a blood spilled one. The demarcation of kingdoms, lead to wars. Many innocent people spilled their lives to bring glory to their king & country. Kings grew more and more powerful, more and more audacious. They became tyrannous. They build large palaces, and lived in luxury, enjoying life. By this time, the necessities of life gave way to human greed. They started a ruthless exploitation of the resources endowed on them. They modified the environment to suit their needs. (or, rather greeds!) At first, nature was unaffected by this. This is because, the natural resources were in abundance & the people who needed it were limited in number. As time passed, population increased & natural resources depleted.

Throughout this time, man acquired more knowledge. He explored the nature and its various behaviors. He found out the various hidden rules in the nature. He formulated them into mathematical equations and tried to predict the behavior of nature around him. His calculations and speculations widened his knowledge. He made newer things to ease his effort and called this technology. The technology consumed resources at an accelerated rate.
The technological brilliance had its side effects on the environment. The till silent nature responded to this in a violent manner. They were the reactions to our actions.

I’m not referring to earthquakes or tsunamis. They are the effects of tectonic plate movement. They have taken place in the past, and will take place in the future too. I’m talking about the real after effects, like ozone layer depletion, green house effect, acid rains etc. They are avoidable. We can do something to prevent them, and we must do so. 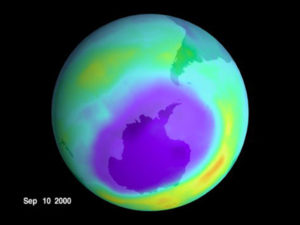 One of the major hurdles in implementing such rescue missions is corporate greed. The big corporates, and wealthy nations are dead against cutting their consumption of natural resources and toxic wastes. They urge others to do so. (Without doing it themselves!) They want these resources to amass huge profits, but at the expense of our very existence.

Another obstacle to implement plans to save our environment is the indifferent attitude of the general public. Many think, they can do nothing, or it’s not their duty to do so. They think individuals can’t do anything for that. That is non sense! We can do a lot many thinks. Just limiting our energy consumption, both electricity and petroleum products, can reduce carbon emission to a great extent. Avoid discarding used batteries and other materials that contain toxic elements to help reduce pollution of soil and underground water. The electronic wastes pose a great threat to our environment. Dispose them off, so that they are recycled properly. And there are a lot more we can do, and we must do.

Like an avenged soul, our nature will wreak havoc on us, until we take good care of it. For all our actions, the nature will react. If we want to live in harmony with the nature, we have to be nice to it. If we offend it, it will react. This reaction is the revenge of the nature. Remember, we are not smart
enough to evade that. Beware!!!

1 reply on “Reaction: The Revenge”

[…] This post was mentioned on Twitter by Nithin Paul Cherian, Hannah Cramer. Hannah Cramer said: [email protected] Reaction: The Revenge | Vacuumwalker http://bit.ly/98X6d2 About nature. About you. […]