Till this date, there aren’t available any proofs that are above any suspicion, for the existence of extra-terrestrial life. This compels us to believe that the only inhabitable place in this universe is our Earth. We can be proud of that, till we are proved wrong. In our quest for extra-terrestrial life, we have done many experiments and trials, but in vain. Yet, the quest continues… 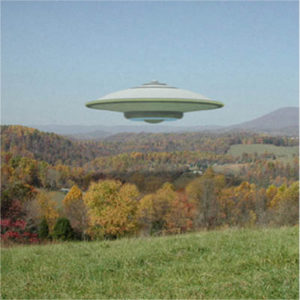 Probably, we all know that, only Earth has all the necessary conditions to sustain life, to the best of our knowledge. One of the satellites of Saturn has conditions that are almost identical to primordial Earth, where life originated. But, the temperature is well below the freezing point of water, which is quite unacceptable. Also, our neighbour Mars is yet to prove his ability to sustain life in it’s very basic form. So, we can almost ignore the candidates from our Solar System for life’s murmur. With the available space technology, we’ll take almost 500 days to reach Mars, our next door neighbour. So, reaching a distant planet of another star, from our own Milky way galaxy is a tedious, if not impossible task. It will require a large crew who has to live inside a space shuttle, as if on Earth. It will need all basic amenities, like growing their own food, clothes etc. Finding oxygen for breathing for the crew and for combustion of fuel is a daunting task. They need to sustain the crew with new ones. (Their progenies, of course!) It is quite impossible, literally. So, we are sending out signals out to the space. If there are any species intelligent enough to detect it, they may send us some reply. We are still hoping for that.

Even if we send some signals to outer space, we won’t be able to identify the presence of primitive life forms, that are not intelligent enough to   comprehend it. Even if they are as intelligent as us, or more, we won’t get a reply for a long period. So, there is no threat to us from them. Even if they set out to conquer us now, with their highly advanced technology, they won’t be a threat to us. By the time, they can set their foot on this planet, (Oops! Only if they have legs) we would have acquired that technology by then, or we would have been wiped from the face of the Earth, due to our own activities ranging from terrorism to unbridled technological growth.

I don’t know if any of the space agencies are doing this, but I feel, they ought to search for extra-terrestrial life, that is entirely different from ours. That is, they needn’t be based on water. As far as I know, they mainly look for the presence of water in a planet. They are rejoiced if they can and gets disappointed if they can’t. Isn’t it actually possible? Our knowledge is not complete. We can’t rule out such a possibility. (Or, I think so!) Why should we think life be made of organic substances alone? Even at home, i.e on Earth, there are certain species of bacterium, that can live in acidy environment, where life was previously thought to be impossible to sustain. 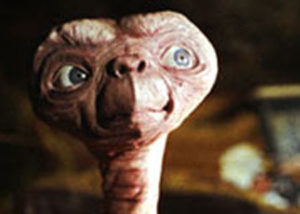 Recently, I saw the film, Alien directed by Ridley Scott. It showcases a space exploration, where a team of scientists are sent to a distant planet. There they confront aliens. These aliens have acids as their body fluid. They are parasites. That is an excellent imagiantion from the part of the screen writers. May be, we should inquire more about the possibility of such life forms.

One of the theories for the creation of life on Earth is Panspermia theory. It says that life was brought to our planet by meteorites from some distant planet. That hints to the existence of extra-terrestrial life. But, it is still not quite accepted by everyone. But, even if it’s the case, that implies life needs water and all those.

As to the question ‘Why life is present on Earth?’, we can say that it has all the conditions for life (as we know it now), like ambient temperature, oxygen available for the cellular energy production, and above all the presence of the omnipotent water. Water is both a reagent and a medium for the production of life’s necessities. But, we can’t even ask ‘Why life is present only on Earth?’, because we are not sure of it. If we can say with 100% accuracy that we are all alone in this vast universe, we can say for sure that, life is possible only the way it is present in us. Until then, aliens will continue to visit our silver screens, and our imaginations.

Even if they are as intelligent as us, or more, we won’t get a reply for a long period. So, there is no threat to us from them.